Near  Cape Coda Cavallo, stands out to sea a strip of land continued to the island of Molara. Coming from Olbia, you pass through the village of Vaccileddi in the center of which is the junction for Cala Girgolu on the left. Shortly before reaching the end of the blind alley on the left, lies the beautiful Cala Girgolu. 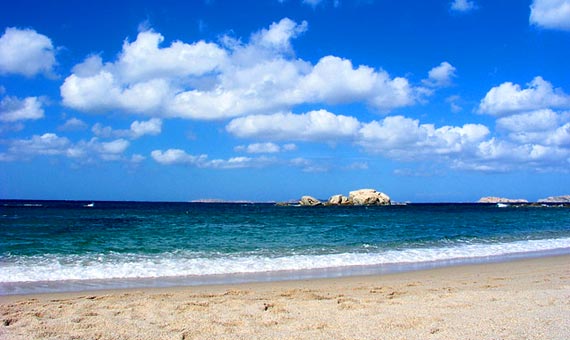 It ‘a small beach, famous for the presence of the “rock of the turtle“. To reach the beautiful granite rock formations, sculpted by nature, must face a walk along the coast to the right of the hold period of approximately twenty minutes.

The walk to the natural monument is a very characteristic. Just ahead, you can see, that shoot up towards the sky of the Isle Tavolara. Going to San Teodoro, after passing the village of Monte Petrosu, is on the left the sign indicating Cape Coda Cavallo, the point of the island closest to Molara.

The whole area is part of the Marine Park, Cape Tavolara and Coda Cavallo.
The limits of the protected area include Cape Ceraso and the Isuledda north to south. The Island of Tavolara consists of white limestone rock that stands between the granites’ territory.

Entrance road to Cape Coda Cavallo, a couple miles from the highway, is the beach of Cave Brandinchi an exceptional bay with shallow and clear water, with a beach of fine sand often collected in white dunes.

A very special and unusual is the beach of La Cinta, a thin strip of land separating the sea from a real pond.