Sardinia is the second island in the Mediterranean sea for extension. Due to its geographical position, it has always represented the destination of many colonizers during the past. In fact, Sardinia is a very ancient island with lots of history and legends. The first settlements date back the Neolithic Age. It is politically divided into 8 provinces: Cagliari, Nuoro, Oristano, Sassari, Villacidro-Sanluri, Olbia-Tempio, Carbonia-Iglesias, Tortolì-Lanusei.
In all of these provinces you can find the typical Sardinian food, which has to be tasted in order to see the particularity of this land. The typical food, why the island is well known in all the rest of Italy, is pasta, especially the malloreddus and the fregula. The first one is made of semolina and salted water, and it looks like an empy shell. The fregula is like a ball toastes in the oven. It is delicious in soup, especially with tomatoes and fresh sausage. 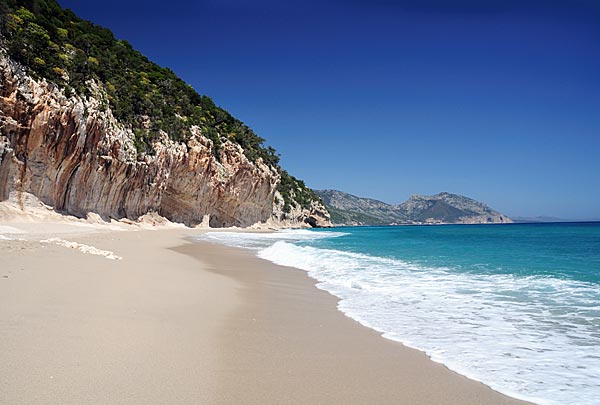 If you like the tagliolini, which are typical Italian, you have to try the pillus, which is cooked in beef or sheep stock. Sardinia is not only famous for the main course, but also for the desserts, which are listed below. The most important ingredient is almond, used in cakes and pastries. They are chopped in the gattò, which is made of sugar, honey and orange peel, and in the almond ravoli called Culurgiones de mendula. They are eaten during Carnival.

For All Saints’ Day and All Souls’ Day, the typical cakes cooked are pane’e sapa or pabassinas, made of sapa.Other well known Sardinian sweets are pirichittus, pistoccos, mustazzoli andpardule. Keep in mind that desserts have different names according to the region in where you are. You absolutely have to taste the sebadas, the typical dessert made of cheese and honey.