Nora is an important archaeological site in the region of Sardinia. A place that dates nuragica age. Located on the southern coast of the island in the town of Pula. It ‘a place of extreme beauty and rich historical peculiarities that can not fail as a stage in the visit of the most important places in Sardinia. 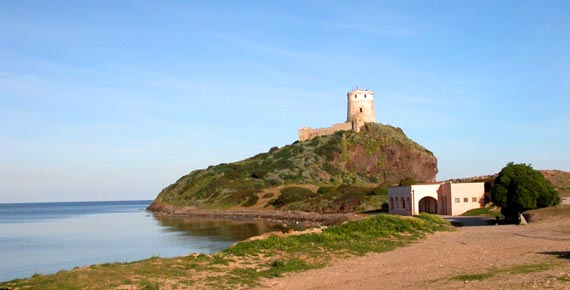 According to tradition, Nora is the oldest city founded in Sardinia. In the eighth century BC has suffered the Phoenician colonization and showed it when the discovery of some Phoenician stele. The Phoenician sailors came from the sea, not as invaders, but to trade, settled at first in temporary settlements that were to serve as warehouses for the collection of raw materials.

Certainly the type of place corresponded to the needs of the Phoenicians, because Nora has a good shelter for ships in case of storm. The hill of Coltellazzo hosted probably the first urban center (750 BC). Nora was an important trading center with three ports, which today is nothing left.

The existing archaeological studies have led to the discovery of a religious complex in the area of Coltellazzo, under the Spanish tower and a residential district under the Roman forum.